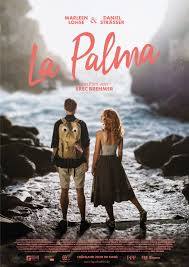 This is the story of a young couple, Markus (Daniel Sträßer) and Sanne (Marleen Lohse), who go on vacation together, planning to spend some time relaxing in the Canary Islands. Unfortunately, nothing goes according to plan in this frustrating film about a mismatched couple. Markus accidentally booked their flights to the wrong island, which they don’t realize until they’ve arrived and find themselves without a hotel. Determined to make the most of a bad situation, Markus lets himself into an empty local home on La Palma and suggests they spend the week there. He begins playing the role of “Pablo”, an impulsive and passionate Spanish man, in the hopes of convincing Sanne to stay and enjoy the holiday despite the setbacks. Sanne eventually agrees, and starts pretending to be a Spanish woman called “Alba”. For a week they slip in and out of this role play, exploring the island and engaging with other tourists and residents, all the time reevaluating their relationship and whether it is worth saving.

Despite a few laugh-out-loud moments, the movie quickly starts to feel tedious: the couple is so obviously mismatched and certain awkward interactions with other people make it almost unbearable to watch. Both Marleen Lohse and Daniel Sträßer are fun to watch on screen, but because the characters, have no chemistry and they seem improbable as a couple. It’s impossible to take them seriously in any of their “roles”. La Palma was written and directed by a film student at Munich’s University of Television and Film as a graduation project, and because everything about the film feels professional—it’s beautifully shot, the cast is talented—it bodes well for future projects. But maybe skip this one… (Diana P.S.)