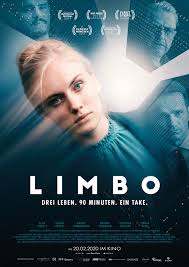 As Compliance Manager, Ana (Elisa Schlott) is deeply concerned checking one of the company’s accounts, so she goes directly to Mr. Mailing (Mathias Herrmann), and catches him leaving with a friend (Steffen Wink) for the weekend. Concurrently: a police sting is in its final phase. Meanwhile, Ozzy (Martin Semmelrogge) and Carsten (Tilman Strauß) discuss business prospects, even perhaps with the Austrian, “Wiener” (Christian Strasser). Ozzy’s mood is doubly good-cum-antsy; his boxer is fighting tonight. Once in the old, rambling multi-storied warehouse with its many twisty passageways, rooms within rooms and throbbing temperamental vitality, the security guards and patrons blend. As nature takes its course, emotions escalate. On this particular Friday night into the wee hours of Saturday foes and friends meet, but it is fate that controls every move, and destiny decides the outcome.

In his debut feature film director Tim Dünschede set the bar high, and with Anil Kizilbuga’s tight, terse screenplay sure handedly delivers a compelling, suspenseful thriller. Doubly impressive is that it was filmed in one take, i.e., without a break. For 89-minutes Holger Jungnickel’s camera follows the protagonists. One character leads to another and in/out of cars, up/down stairs, through doorways, and into one situation while leaving another. Because of that, Limbo has a different rhythm (than what audiences are familiar with) so stay focused. Which is easy, insofar as the timing, choreography, dialogue and flow is gripping. Explicit collaboration and organization among director, camera, cast—brilliant—and crew – particularly lighting (Kai Giegerich) and sound (Miguel Murrieta Vásquez) – was essential; the precise blocking necessary was unquestionably complex. David Reichelt’s variable score unwaveringly piques, and follows the tempo set onscreen. The result is staggeringly impressive. The ruse is not up, though, until the twist at the end – unforeseen, unforgettable. German language (Marinell H.)