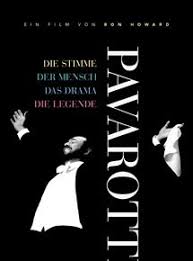 This is a true and faithful documentary film about legendary singer Luciano Pavarotti's real life as well as his life behind the cameras. Ron Howard has made an excellent biographical documentary from birth day to his death (1935-2007). Using family interviews (including disappointments), as well as a vast archive of images, makes the movie more palatable.

A charismatic pretentious singer, who always enchanted the audience, shone on stage around the world among his admirers. With a unique voice and brilliant versatility, he has always moved audiences all over the world. The magnetism and Italian charm that he possessed, contributed to him always deciding in a way he took and that made him one of the greatest singers of the century a tenor, but superstar.

The film also shows the emotional part of the singer, his friends and colleagues. It does not hide his affaires without going into the deep details except the éclat caused by his young and devoted last love. (Geysa W.)