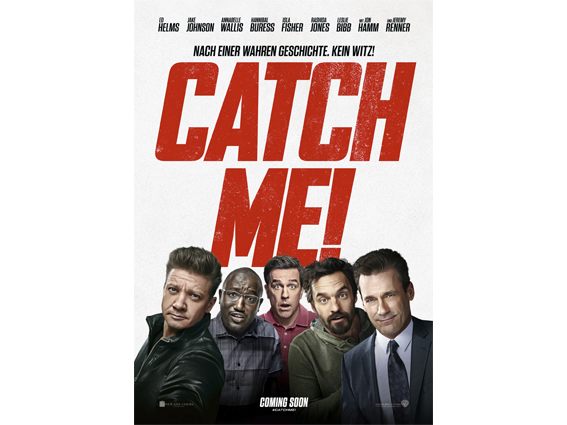 A group of five friends have been playing "tag" for over 30 years now. It started off during their childhood as a simple tag game which then evolved into an intense chasing game. The most important rule is that each year you can only tag the other people during the month of May. This group of friends will use every crazy idea you can imagine to tag another different person. They use fake identities, fly around half the United States, break into houses and even team up to catch the unbeaten Jerry (Jeremy Renner) who has never been tagged in over 30 years. This year they develop the master plan to tag him during Jerry's wedding, but, of course, he knows his friends and is prepared.

I really liked this humorous action movie. It was funny and had some very well made action scenes. Jeremy Renner fits perfectly into the untagged Jerry character because he is the lead role of many action movies such as Jason Bourne. etc. I was also amazed by the fact that this was based on a true story and that 10 Americans actually played it for over 23 years. Having set rules in tag is harsh on the intensive fanatic Anna who loves games. Since girls are not allowed to play, she supports the boys as much as possible. I also enjoy the fact that they stayed close to each other over all these years even if it is just through tag, they never once lost track of each other despite the fact that time was passing. Will the Tag Master Jerry be taken down this year or will he remain untagged for the rest of his life? If you are into a humorous action movie, this is the movie for you! (Adrian S.)