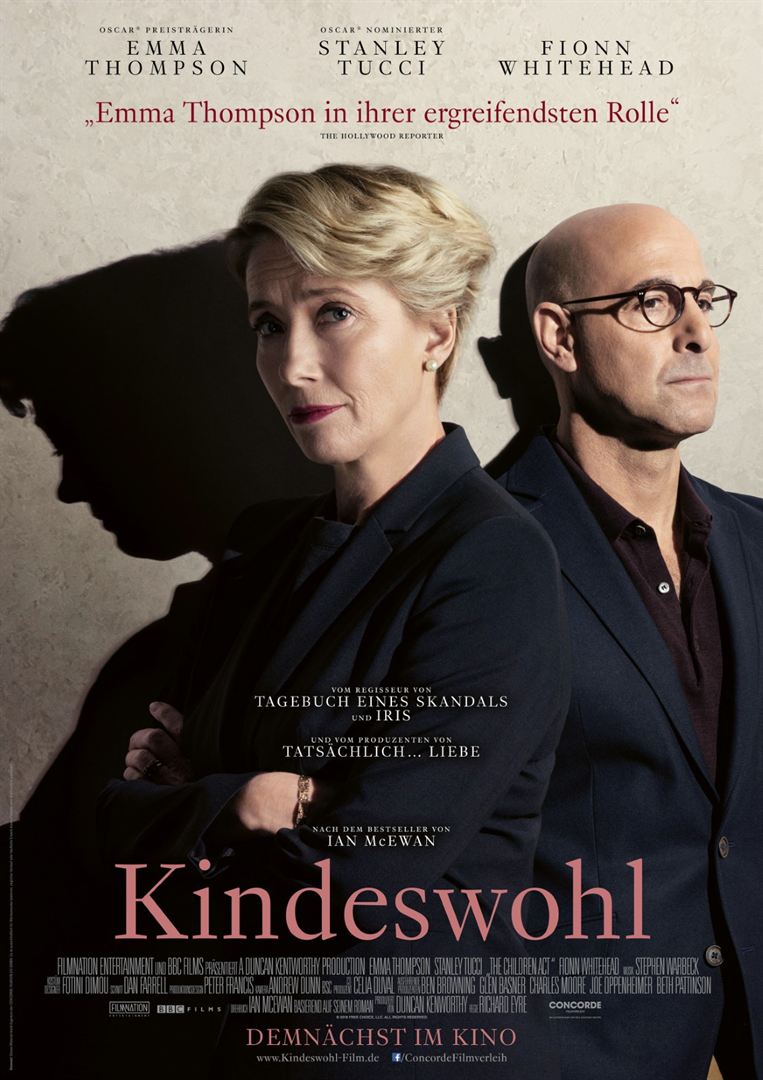 Having an author write the screenplay has an added advantage: sagacious visuals replace text and move the story forward in its intended direction. Ian McEwan’s interpretation of his same-titled novel is brilliant, that Richard Eyre’s symphonic-like careful, aesthetic direction animates. At its heart is the UK Children Act 1989 that safeguards the welfare of children.

High Court Judge Mrs. Justice May (Emma Thompson) cares about the cases, and rulings she issues on the Queen’s Bench. So much so, Jack (Stanley Tucci) feels neglected. He loves his wife, but cannot get her to talk to him anymore. Fiona spends more time with her clerk (Jason Watkins), and talks more to a colleague (Anthony Calf). When a teenage Jehovah’s Witness case comes before her, Fiona chooses an unconventional approach; the weighty bone-of-contention decision will concern church vs. state, minors vs. adulthood issues. The outcome then is equally challenging, especially for someone who seems to have lost her voice.

With elements merging so eloquently, The Children Act reminds audiences about what matters in life: relationships, love, and moral courage. 105 minutes (Marinell H.)